This week, I was able to attend to the Fractal Hackfest. My train from Paris arrived at Strasbourg at 12:45, so I missed the beginning of the Hackfest in the morning but I could be there for the afternoon. I stayed until the middle of Saturday’s afternoon.

On Thursday, I wasn’t there on the morning but there was a sum up of the important part of the morning’s discussions.

There can be two main use cases for Matrix: one for friends, family and other small group discussions, where there are a low volume of messages and you care about all of them; and another for huge and noisy rooms in which there is a lot going on and you don’t necessarily care about most of it (for instance, you would want to be able to focus on the messages mentioning you). Both of these use cases could motivate to split Fractal in two apps: “Barbecue” (for the first use case) and “Banquet” (for the second one). 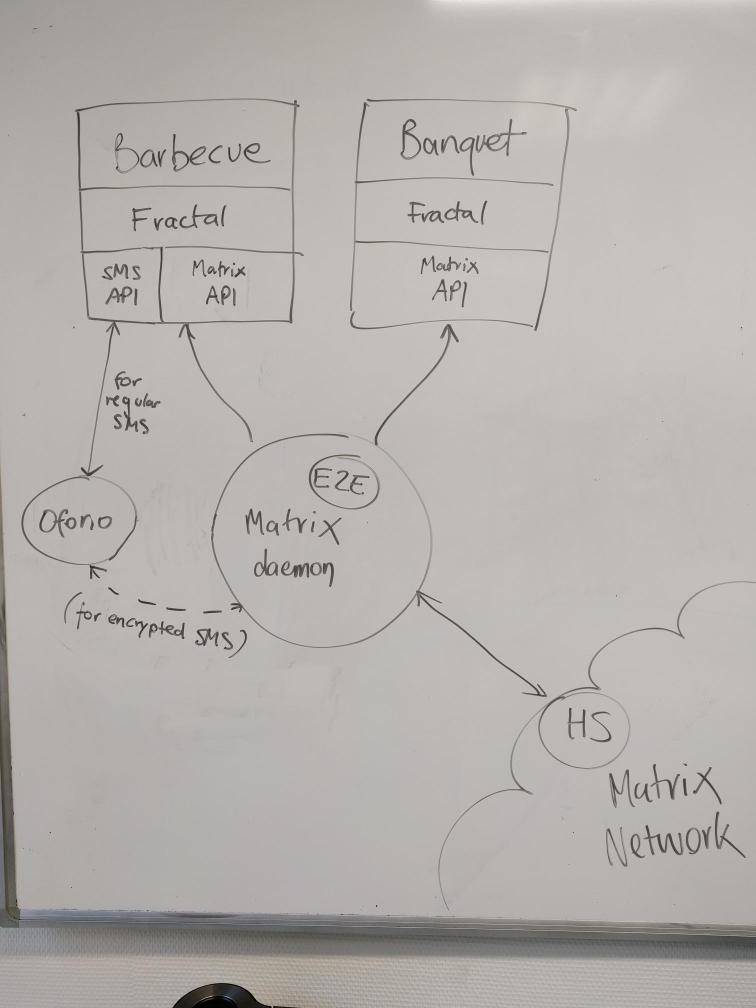 However, this leads to several open questions:

On Friday morning, there was discussions about the support of E2EE (i.e. end to end encryption). Some questions need to be solved for that:

There was also a discussion about VoIP support for Fractal. There are currently three implementation choices for it WebRTC.org (Google’s library), GStreamer or TNG (if/when Matrix.org opensources its own WebRTC library). WebRTC.org is the most mature and resourced implementation so it would be strongly recommended to use it even if it isn’t part of GNOME.

Different use cases for the multi-account has been listed: personal vs work, multi-project (i.e. an account for each project you would work on) or in order to be able to still use an old account (because it is not possible to migrate an account from a homeserver to another).

In the afternoon, there was a discussion about the possibility of dividing fractal-gtk in order to have three crates (the Matrix API, the backend and the UI). We have talked with Julian (the other GSoC student working on Fractal) and Daniel (our mentor) to know precisely the planning for GSoC. I will be investigating on the localization support during the next weeks and implement it, if it is possible (we are not sure about it for now because of the uncertain status of the Rust binding for gettext). Finally, we have established a list of tasks that should be done for Fractal during the upcoming time (see the picture below). 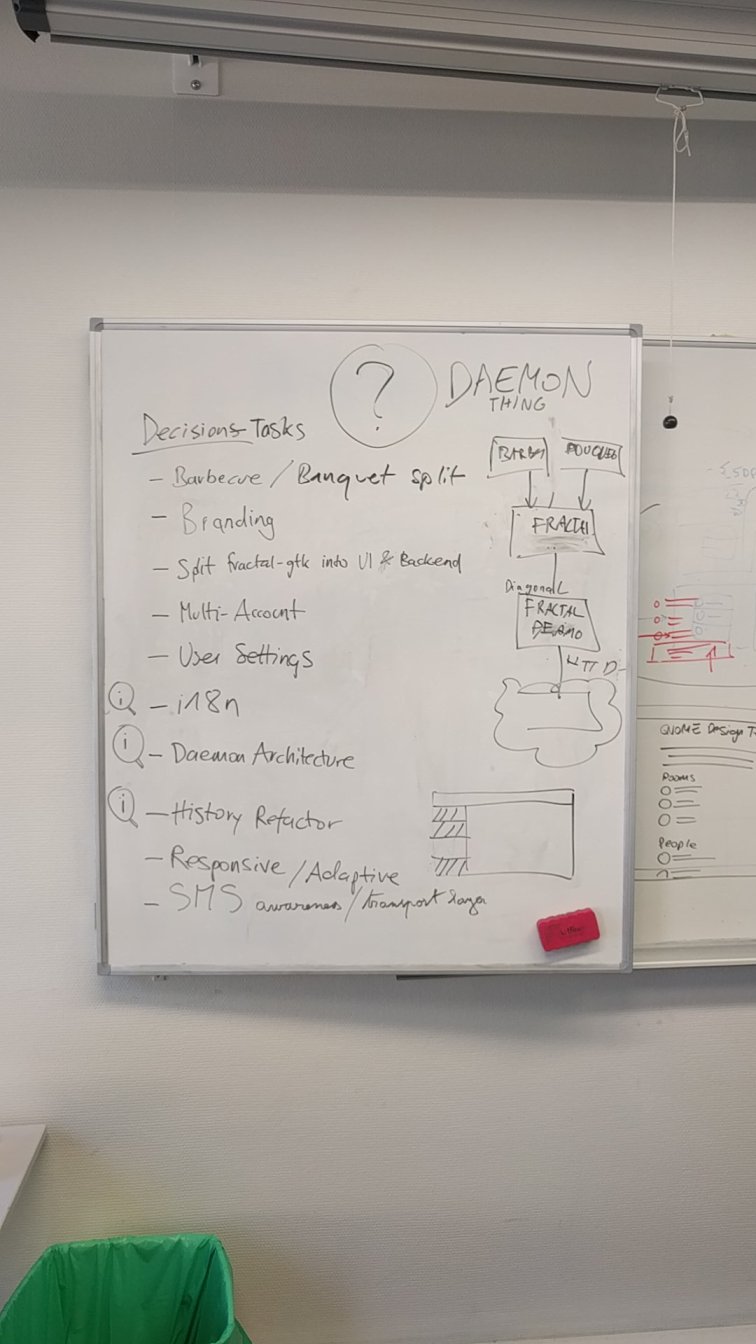 Saturday morning was about the room history:

About how I felt about this event, I was quite shy at first, especially because it was the very first event related to computer science I was attending to and I wasn’t participating very much. But the other people were very welcoming (some of them even told me that I was welcome in the GNOME family :)) so it helped me a lot! At least I could learn some things about UI/UX design and have an idea of how decisions are made. At the end, I was very happy about this experience and I will certainly come to GUADEC too!